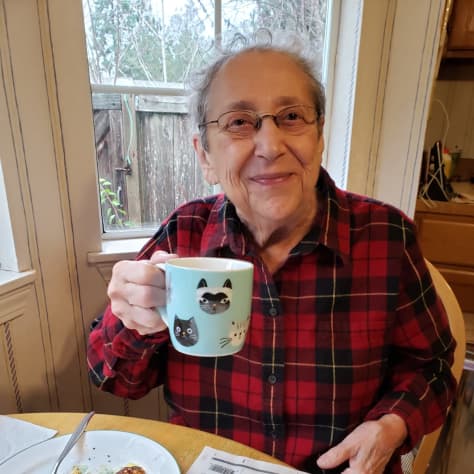 The family of Ruth “Dolly” Joern  asked the Foundation to sponsor a special fundraising effort to support the Library and to remember their cherished family member.  Many people in the Skagit Valley knew Dolly in her role as a pioneering nurse practitioner.  In fact in her 37 years as a nurse practitioner and 65 years as a nurse and caregiver she provided care to multiple generations of the same family and she was known to many.

Following her training as a nurse practitioner in 1976, she was among the very first pioneers of the designation in Washington, license No. 0006, with prescriptive authority. Initially certified by the Nurses Association of the American College of Obstetricians and Gynecologists (NAACOG) and the American Nurses Association, she was certified in 1980 as a Women’s Health Care Nurse Practitioner (WHCNP), when that specialty designation became available. Dolly helped drive to passage legislation protecting the confidentiality of nurse-patient communications in 1985. In 1993, she was the nominee from Planned Parenthood to sit on the Washington nursing commission.

In 1980, she joined physician John Knudsen in founding the Mount Vernon Women’s Clinic where she served her patients as a thoughtful and caring provider.  As she put it in her retirement letter, “ I have so appreciated the honor of helping you (I hope!) with your healthcare. For some of you it's been through many of the transitions of life -- school, marriage, birth, PMS, menopause -- and through my personal transitions as well. I'll miss hearing all your news! Please say 'hi' whenever our paths cross. Thanks for being such a huge part of my life.”

A family member recounted a typical interaction about Dolly in the community.  “Dolly and I would go out to run errands and there was rarely a time when someone didn't approach her -- in the Co-op, Haggen's, Fred Meyer, the Fairhaven bookstore, on the street, anywhere! -- and flag her down for a conversation or introduce themselves as a patient of hers decades before!  We were in a furniture store there a few years after she retired (at about 85) and when the salesman took us to the counter to finish the transaction and asked for her credit card, when he saw her name he said: "Are you Dolly Joern? The Dolly Joern?" Turned out that his mother and sisters had been her patients, and he expressed his gratitude to her for taking such good care of them.”

​The Foundation received almost $7,000 in donations in memory of Dolly.  The funds were used to buy special shelving for the Young Adult area and to create the reading corner shown below.